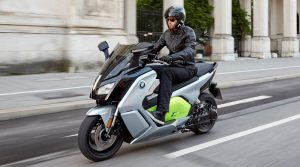 The innovator electric mobility of the German brand «on two wheels» comes from the hand of this light motorcycle (scooter) electric: The challenges to the concepts ofindividual mobility, in particular for extended metropolitan areas, are constantly changing for years. Traffic levels and rising energy consumption and restrictions anti pollution more stringent, for CO2 emissionsin historical centersThese are challenges that electric motor vehicles face without problems today.

In line with the sustainability strategy of BMW Group, BMW Motorrad He approached the issue of electric mobility from a very early stage in 2012, similar to BMW i in the automotive sector, and finally made a convincing statement with the BMW C evolution electric maxi-scooter.

Increase in electrical performance, as well as European version compatible with driving license A1: Autonomy of 160 km or 100 km 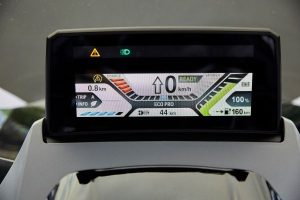 With the new BMW C evolution, which will be available soon in two variants: the long-range and, the European version compatible with the A1 driver's license, the brand raises the standard in the electric scooter segment to a new level. In this way, a new generation of batteries with a capacity of 94 Ah (Amperes-hour), as used today in the BMW i3, allows significantly greater autonomy. In addition, a new recharge cable with a smaller diameter is included as standard. 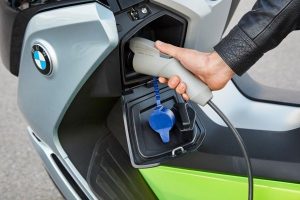 With the new BMW C evolution of long range, with a nominal power of 26 hp, it has 11 hp more than its predecessor, and the autonomy could be significantly increased to approximately 160 kilometers. The maximum speed is 129 km / h (electronically limited).

In the version compatible with the A1 driving license (only in Europe), the BMW Cevolution It has a power of 15 hp. The autonomy is in this case of approximately 100 kilometers and the maximum speed is 120 km / h (electronically limited). 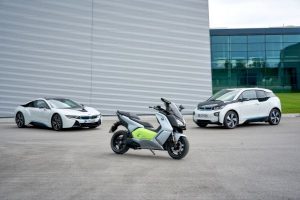 Last but not least, the new BMW C evolution appears on the scene with a visual refinement. Both versions of the new BMW C evolution are available in the new Ionic Silver / Electric Green color scheme along with the contrasting color Blackstormmetal. The central tunnel covers of the long-range variant also have a new graphic design. Although the BMW C evolution was until now available in Germany, France, Italy, Spain, United Kingdom, Switzerland, Austria, Holland, Belgium, Luxembourg, Portugal, Ireland and China, now also will be released in United States, Japan, South Korea and Russia.